Here is a list of what we have covered. Tick off each section as you complete it. You may learn other case studies if you wish.

Make sure you complete this vocab list. You need to know and be able to explain everything on this list.

Here is a list of all of the vocabulary needed.

The Australian state of Queensland is facing a “major flood crisis”, its premier has warned. 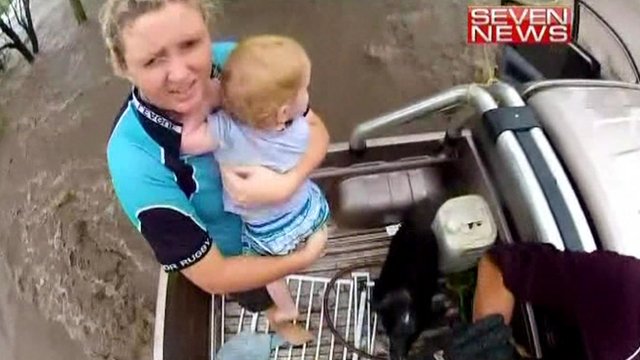 The BBC’s Nick Bryant reports on rooftop rescues across Queensland

Use the articles from Australia’s ABC News channel to put together a case study summary of the flooding that hit Bundaberg Your case study should be based around the exam question below. Use the mark scheme to ensure that you have enough detail.

In many parts of the world the natural environment presents hazards to people. Choose an example of one of the following:

For a named area, explain the causes of the hazard which you have chosen and describe its

impacts on people living there.

Statements including limited detail explaining the causes and/or describing the effects of flood/drought/tropical storm.

More developed statements explaining the causes and/or describing the effects of flood/drought/tropical storm.

Comprehensive and accurate statements explaining the causes and describing the effects of flood/drought/tropical storm, including some place specific reference. (e.g. thunderstorms associated with frontal depression formed torrential rain – 229 mm near Longstone Barrow on Exmoor, saturated from previous rainfall as it had rained for 12 of the previous 14 days, impermeable rocks of Exmoor encouraging overland flow and rapidly raising river levels, river had been diverted and its channel made narrower due to building of hotels in Lynmouth, bridges over river trapped boulders and formed temporary dams, 34 people drowned, 130 cars and 19 boats destroyed etc.)